When Phil Barello, supervisor, ITS Support Center, went to his annual checkup at Yale Health five years ago, he was told that if he didn’t make significant lifestyle changes, he was at risk for developing Type II Diabetes. He knew that he did not want to be on medication for a health condition that was preventable. His clinician pointed out that the secret to keeping himself off medication was simple: diet and exercise. Barello decided to make changes in his life; he began eating a healthier diet and increased his physical activity. Today he reports that he has lost about 100 pounds since 2009 – an amount of weight that has had a positive impact on his health and well-being.

Barello increased his level of physical activity by joining the Ready, Set, Go and Level Up physical activity challenges that have been sponsored by Being Well at Yale, the university’s employee wellness program. In fact, Barello was on the winning team for weight loss in the Ready, Set, Go challenge in the spring of 2013 and won a Fitbit Zip pedometer. When he dropped two belt notches in the course of that effort, he realized how much time he already had to exercise without changing his schedule. Reflecting on his overall success during this past year, Barello proudly reports, “Thanks to Ready, Set, Go and Level Up, I’ve managed to lose those last stubborn 15 pounds! 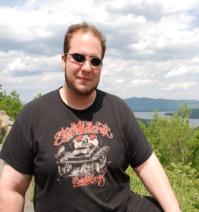 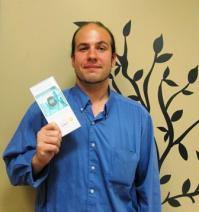 Another tangible result of Barello’s efforts is that he was recognized with a “Lifestyle Change Award” at the American Heart Association’s (AHA) Greater New Haven Heart Walk on May 3 where 150 Yale walkers raised over $9,600, surpassing their goal of $8,500. The AHA also honored Yale with a “Gold Fit-Friendly Worksite” award for the second year in a row. The recognition honors Yale’s commitment to employee wellness, specifically the Being Well at Yale and WorkLife programs that champion the health of employees by promoting physical activity at the workplace —employee walks and the recent European Expedition fitness challenge.

Yale’s recognition as a “Gold Level Fit-Friendly Worksite” by the AHA’s My Heart. My Life. initiative means that the university has implemented at least nine criteria in the areas of physical activity, nutrition and culture.

“We are extremely honored to be recognized by the American Heart Association for the second year in a row as a ‘Gold Level Fit-Friendly Worksite,’” says Mike Peel, vice president of Human Resources and Administration.  “The well-being of our faculty and staff is an important priority for Yale and we look forward to providing even more help and support in the future.”

Adds Dr. Paul Genecin, director of Yale Health: “I am thrilled that our wellness program has already engaged nearly two thousand staff and faculty members on the Yale campus, and keeps growing and getting more exciting by the month.”

The “Gold Fit-Friendly Worksite” award comes to Yale several months after the university received its second Seal of Distinction for a best-in-class, work-life portfolio from the Alliance for WorkLife Progress. 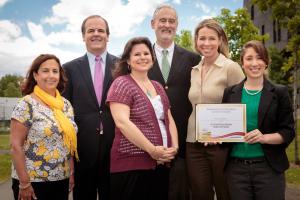